Elon Musk on Tuesday shared a video on Twitter of a stack of #StayWoke t-shirts in a closet at the company's headquarters in San Francisco.

Elon Musk, continuing his overhaul of Twitter, said Tuesday he had stumbled upon a closet full of "#StayWoke" t-shirts at the company’s headquarters.

In a Twitter post, Musk shared a video of a closet containing shelves stacked with the "#StayWoke" t-shirts.

"Here we are at the merch … and there’s an entire closet full of hashtag woke t-shirts," he says.

"A super closet," someone says off-camera.

Twitter co-founder and former CEO Jack Dorsey wore a "#StayWoke" t-shirt during an interview with journalist Peter Kafka for ReCode’s Code conference in 2016.

When asked to explain his shirt, Dorsey said the meaning has evolved over time but "to me… it’s really being aware, and staying aware, and keep questioning."

"Being awake, and eyes wide open around what’s happening in the world," Dorsey said.

He then described, what he viewed, were discrepancies in the coverage of the 2014 Ferguson, Missouri, unrest versus the reality on the ground.

"And to me, that’s when I really first saw this phrase in action — was making sure that we’re telling our story, and we’re telling what’s on the ground, and we saw it live through Twitter," he said.

In the last few years, the phrase has come to represent an embrace of progressive activism. With the rise of cancel culture, many have interpreted "woke" to describe people who would rather silence their critics than listen to them. 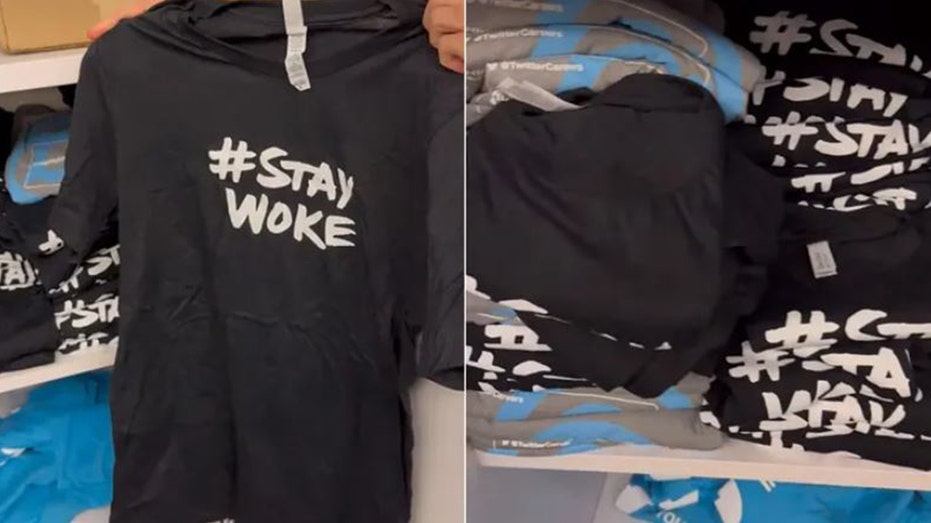 Musk’s takeover of Twitter late last month, following a chaotic back-and-forth legal battle, was praised among conservative circles — many of whom have been banned from Twitter — as the turning of the tide against "woke" culture and ideology.

Musk himself has been critical of "wokeness." Earlier this year, he ripped Netflix as having a "woke mind virus" that makes the subscription streaming "unwatchable."

In another instance, he jokingly tweeted his idea for a new game called "Woketopia … Battle for the Moral High Ground."

Early Wednesday, Musk vowed that Twitter will "more and more over time" earn the trust of the people "as we hew closer to the truth."